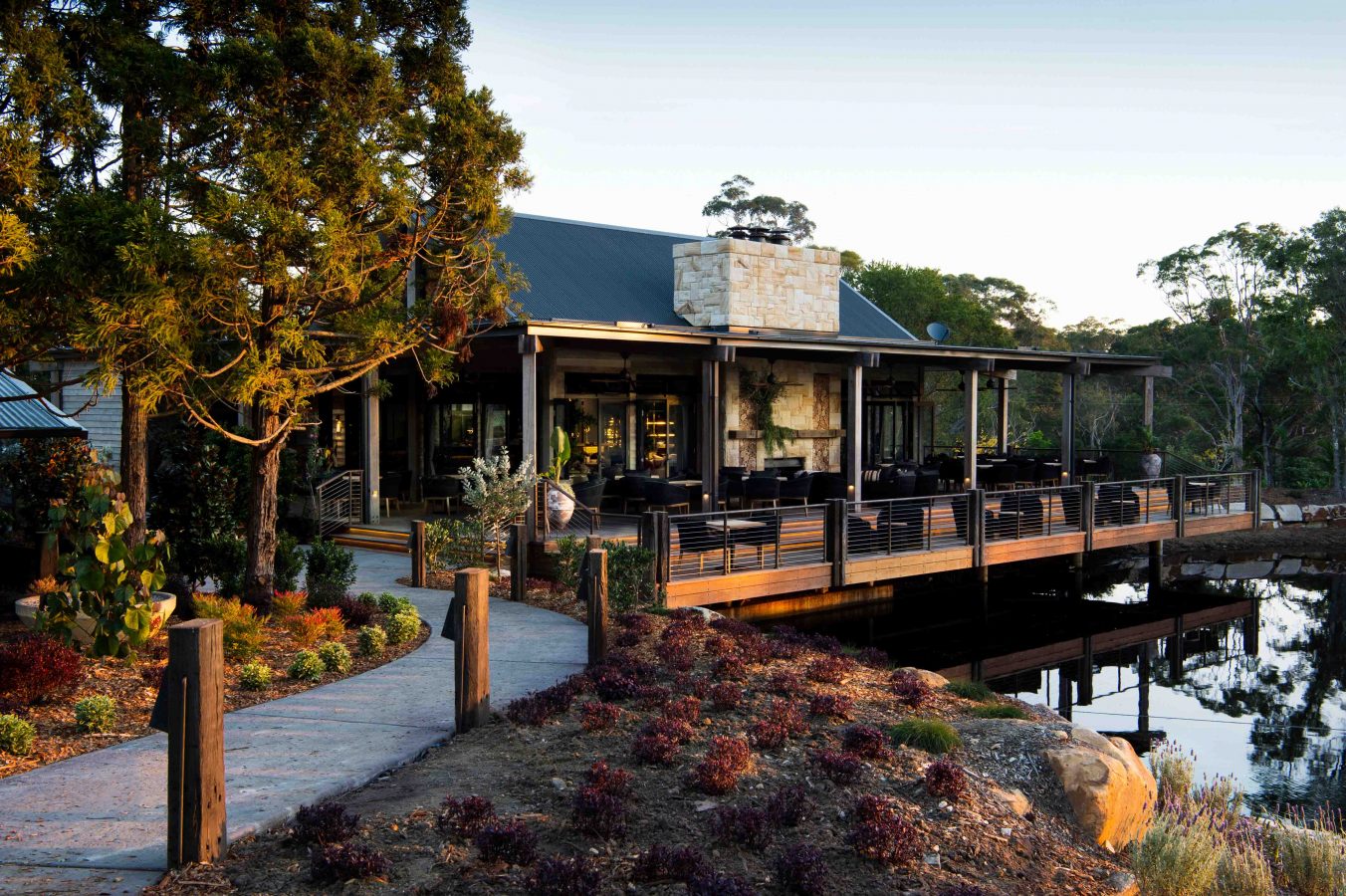 1. Central Coast, Australia
The Central Coast is just an hour’s drive north of Sydney, yet has never had quite enough going on to lure the stylish set up for the weekend. But now a group of tastemakers are turning the former domain of surfers and fishermen into Australia’s destination of the moment. It kicked off last November, when the Boathouse Group, whose waterside bars and cafés have come to define Sydney’s relaxed sophistication, opened its first spot outside the city, in the town of Patonga, giving the Pacific-oyster-guzzling, rosé-swigging crowd in Manly and Bondi a good incentive to catch the 20-minute ferry from Palm Beach. They’re now able to stay overnight, too, as Boathouse has opened waterfront guestrooms with signature whitewashed timber and crisp, nautical linens.

Nearby, restaurateurs Rupert Noffs and Matty Bennett are transforming the sleepy town of Woy Woy into a foodie hub. They moved their wildly popular South-east Asian joint Lucky Bee from Manhattan’s Lower East Side to the roof of the refurbished Bayview Hotel last year, joining forces with upscale 60-seat drinking den Frankie’s Rooftop, which mixes cocktails of tequila, fresh lime and Thai chilli. Recently revamped Woy Woy Fishermen’s Wharf, a slick, glass-and-wood seafood outfit, has a simple-is-best ethos. Snapper ceviche and salmon sashimi may be on the menu, but look to the blackboard for market-fresh fish grilled in garlic, parsley and lemon.

Then there’s Saddles, a sharp bakehouse overlooking a lake in the Mount White bush. It’s the latest project from entrepreneur John Singleton, who sold the restaurant space at legendary swim club Bondi Icebergs last year. And is reason enough for the many Iceberg loyalists to leave their local scene behind. By Maresa Manara

2. Asbury Park, USA
Seaside Asbury Park has the trappings of a classic Americana beach town: mile-long boardwalk, mini-golf, 24-hour diners serving coffee and pie. Though this New Jersey town has also been slowly rising up the cool ranks, drawing in a crowd that would otherwise spend their summer weekends in Hudson or the Hamptons.

It kicked off a few years ago, when real estate firm iStar became Master Developer of the Waterfront and brought in visionary designer Anda Andrei and the team behind SALT hotels to open The Asbury Hotel, which feels like part beachside hangout, part vintage clubhouse, with a ground-level beer garden and excellent egg sandwiches at breakfast. iStar brought the team together again for the Manhattan-worthy bowling alley/music venue/bar hybrid Asbury Lanes launched across the road in partnership with The Bowery Presents in the East Village, nodding to the town’s musical roots – this is where Bruce Springsteen made it big; he played the Lanes’ opening night. Finally, this month brings the opening of the grown-up Asbury Ocean Club (pictured below), , from iStar, Andrei and Salt again, attracting Manhattan sophisticates the way The Asbury Hotel attracted the Brooklyn hipsters. It has a chic infinity pool on the terrace with views over the sea and, from September, a day spa offering full body massages and wraps. It’s all under an hour from central Manhattan and makes a lot of sense to tack on for a day or two if hitting New York City this summer: you get that old-school America hit with enough of gloss to make it on trend for right now. Because no matter how stylish a summer-weekend destination from New York gets, there should always – always! – be a boardwalk selling hot dogs and cold beer nearby.

3. Botafogo, Rio De Janeiro
Until recently, Botafogo was regarded as the so-what, residential bit between the beaches of Copacabana and Ipanema to the south, and the touristy samba clubs of Lapa to the north. Upscale and beautiful, but snoozy. Then, in the run-up to the 2016 Rio Olympics, bars, restaurants and arts venues, priced out elsewhere, began moving into its grand old casas and industrial warehouses. Funky Comuna set the tone in 2012, with DJs, sloppy burgers and graffitied bathrooms, which meant that – finally – the city’s cool kids no longer had to head to São Paulo for a fix of tattooed trendiness. More recent arrivals are a little smarter, but like in Miami’s Wynwood or Downtown Los Angeles, the scene here stands in contrast to the glossy, pumped beach culture you’ll find elsewhere in Rio. Websites and door signs may be scarce, too, but that’s half the fun. Notable newcomers include Quartinho Bar, co-owned by artist Jonas Aisengart, which serves traditional salgado snacks along with a tropical-slanted cocktail list in a place that looks like a stylish friend’s living room. Then there’s Reduto, a private-house-turned-art-space: knock on an unmarked door to emerge into a plant-filled courtyard, packed at the weekends for its basement dance floor.

As far as serious food goes, shipping-container market Be+Co is helmed by four local chefs, including Roberta Sudbrack who used to cook for the country’s former president and has fed Fidel Castro and Prince Charles. Meanwhile, Lasia is modern Brazilian and Michelin-starred, with views of the Christ the Redeemer statue to accompany a tasting menu that changes daily and uses ingredients from the restaurant’s own farm. And dreamy Canastra Rose, where booking is essential, plates up cheese and wine in a crumbly, romantic old mansion. For something more low-key, pop into breezy Sorvetes Hoba for artisanal ice cream in flavours including blue matcha and coconut, mango and cardamom. Or, for a killer brunch spot in a city that never used to do brunch at all, The Slow Bakery serves tasty tomato-and-goat’s-cheese tartines and a posh version of Brazil’s favourite post-beach snack: the misto quente, a melting ham toastie. Given that the beach here is not as clean as the waters at Ipanema, it’s just as well there’s so much to do off the shore.

4. Namibia, Southern Africa
2018 was a banner year for Namibia. The southern African nation saw over a million travellers explore its deserts and coastlines last year, and to meet this demand more than a dozen lodges were opened (two of which landed on our Hot List). Yet momentum is not slowing down; in 2019, a series of new hotels that aim beyond the usual safari set suggest that Namibia may be the next great stop on the gypset itinerary, following in the steps of Tulum and Bali.

To prove the point, the team behind New York-based Habitas will be opening a 15-room hotel an hour outside the capital Windhoek later this year, with a top-of-the-line spa and plenty of space for kaftan-draped guests to mingle, spritz in hand. This will follow the August opening of Sonop from stylish French group Zannier. Replacing the earthy huts of the outfit’s first Namibia property, Omaanda, will be stand-alone safari-style tents with telescopes for spying oryxes and hyenas on the desert plains or zooming in on the starry skies at night. Truly magnificent skies can be seen above long-time favourite &Beyond Sossusvlei Desert Lodge, which reopens this October in the NamibRand Nature Reserve, home to Africa’s only Dark Sky Reserve. Wildlife is readily on display, but the lodge reopens with a focus on outdoor pursuits, which could include desert hikes to ancient rock paintings, or quad biking. Further proof that experiential travel is evolving even in the wilderness.

5. Lisbon
Lisbon’s status as Europe’s hottest city-break destination looks pretty invincible. Especially now that the design-focused Bairro Alto Hotel will be back in business after almost two years of renovation. When its 19th-century doors swing open again in mid-July, aficionados will recognise its original hand-painted Portuguese tiling, as well as its fabulous views over the Luís de Camões square.But the addition of superstar chef Nuno Mendes’ first restaurant in his hometown, with a mission to reinvent classic local dishes, will be what keeps everyone coming back. Then there is the opening of sleek Wood, Lisbon’s first membership-style concept address – Soho House meets The Wing. Set inside a repurposed Sixties building in the centre of town, it has everything from yoga classes to co-working spaces and wine tastings. Understanding that travellers now need to be plugged in, too, Wood provides day passes – very handy for those seeking to extend that Lisbon weekend break into the week, but not fall behind on work.